THE MAGIC MIRROR OF M.C. ESCHER 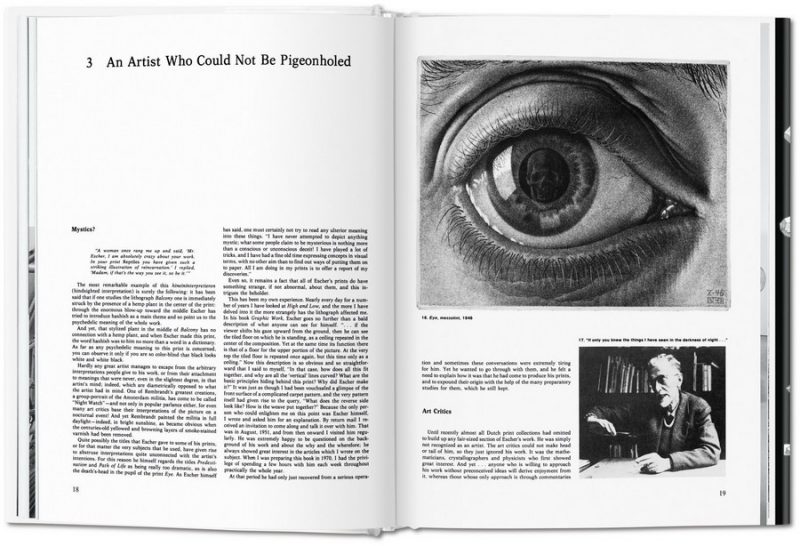 “A woman once rang me up and said, ‘Mr. Escher, I am absolutely crazy about your work. In your print Reptiles, you have given such a striking illustration of reincarnation.’ I replied, ‘Madame, if that’s the way you see it, so be it.’” A fittingly sly comment from renowned Dutch graphic artist Maurits Cornelis Escher (1898–1972), whose complex and ambiguous drawings continue to leave hasty interpretations far behind. 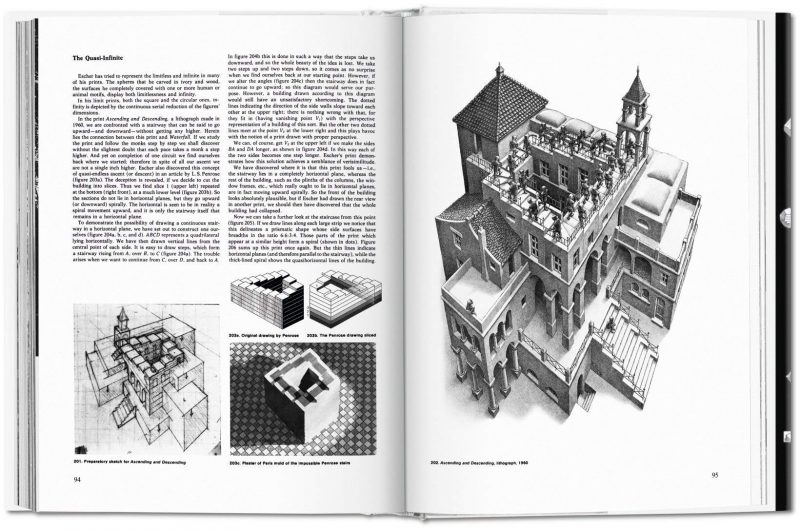 Long before the first computer-generated 3-D images, Escher was a master of the third dimension. His lithograph Magic Mirror dates as far back as 1946. By taking such a title for the book, mathematician Bruno Ernst stressed the enrapturing spell Escher’s work invariably casts on those who see it. Ernst visited Escher every week for a year, systematically talking through his entire oeuvre with him. Their discussions resulted in a friendship that gave Ernst intimate access to the life and conceptual world of Escher. Ernst’s account was meticulously scrutinized and made accurate by the artist himself. 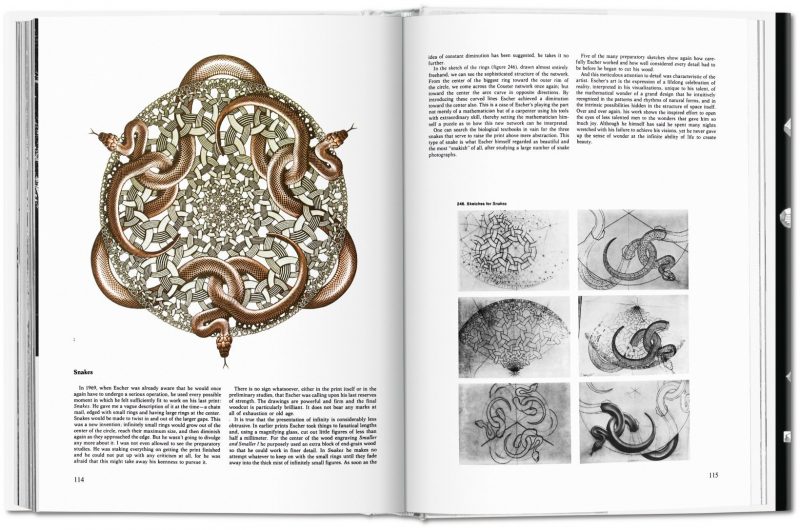 Escher’s work refuses to be pigeonholed. Scientific, psychological, or aesthetic criteria alone cannot do it justice. The questions remain: Why did he create the pictures? How did he construct them? What preliminary studies were necessary before achieving the final version? And how are his various creations interrelated? This book, complete with biographical data, 250 illustrations, and a thorough breaking-down of each mathematical problem, offers answers to these and many other lingering mysteries, and is an authentic source text of the first order. 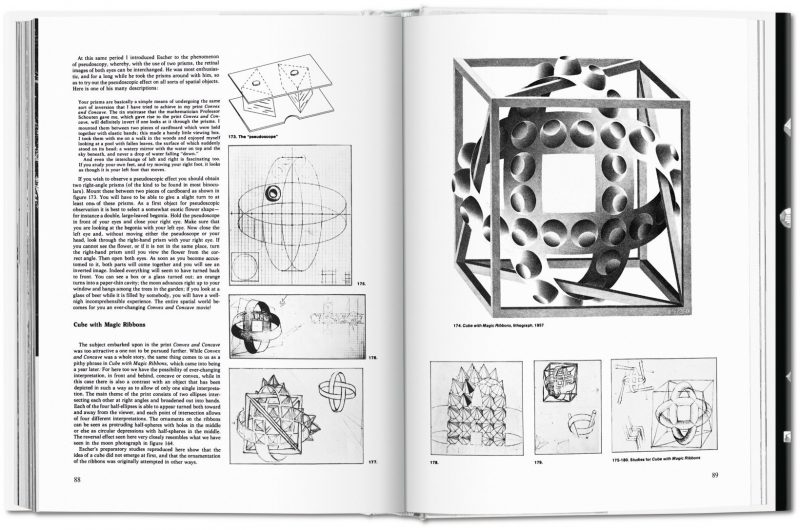