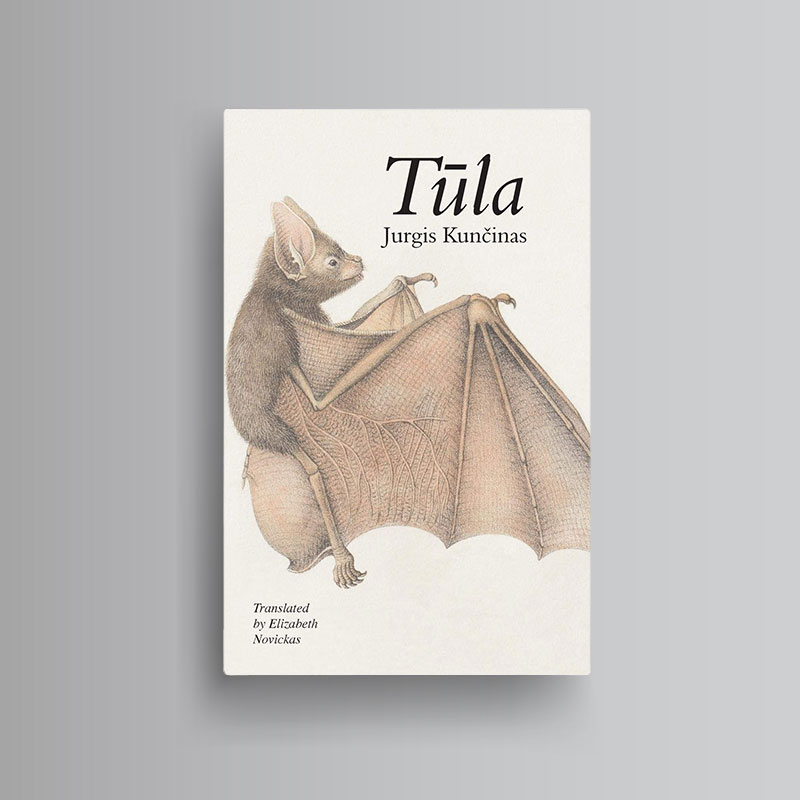 The unnamed narrator of Jurgis Kuncinas’s Tula is our tour guide through the infamous poverty-stricken bohemian quarter of Vilnius known as Uzupis (literally, “beyond the river”), living his life on the fringes of society, including his journeys through various institutions for alcohol treatment. On the way we meet a number of curious inhabitants of this unique district, everyone from a chemistry professor with an exhibitionist problem to the descendant of a 15th-century Lithuanian hetman obsessively carving wooden masks all night long. It’s a place where you’re likely to encounter people walking both sides of the moral line, where one is just as likely to run into great kindness as unfeeling evil, and where the complex history and mix of cultures that make up the city of Vilnius constantly intrude into the present. But at the very heart of the narrative is the narrator’s tragic love for the equally misfit Tula, a love the narrator carries with him, both figuratively and literally, throughout his chaotic existence. The action, which sometimes takes the form of the narrator’s fantastic visions of visiting his love in the guise of a bat, includes a hitchhiking trip through Ukraine and Crimea, and takes place over a number of years spanning a good part of the late Soviet era.

Considered a modern-day classic of Lithuanian literature, T la won the Lithuanian Writers’ Union award for the best book of 1993 and is now in its third edition in Lithuania. It has previously been translated into Russian, Swedish, and Polish.

Jurgis Kuncinas (1947-2002) was a prolific writer and translator whose work includes poetry, novels, essays, short stories, and children’s books. His works have also been translated into German, Latvian, and Estonian and are particularly popular in Russia; a number of his works have been translated and there is even a fan site (in Russian), kuncinas.com.

Elizabeth Novickas has published several books translated from the Lithuanian, including Ricardas Gavelis’s Vilnius Poker, included on the long list for the Best Translated Book Award in 2009, and books by Kazys Boruta, Giedra Radvilaviciute, and Petras Cvirka. She is the recipient of a 2010 translation grant from the NEA and the 2011 winner of the Lithuanian Translator’s Association St. Jerome Prize.